The article may contain affiliate links from partners. The words, opinions, and reviews are our own. Learn how we make money to support our financial wellness mission. 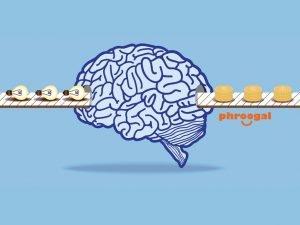 Everyone I know has wondered what it would be like to be a millionaire. Some of them believe it’s nearly impossible to become a millionaire without winning the lottery or making six-figures. However, I’ve come to a realization a million-dollar net worth is attainable. I’ve spoken with enough people across the country in different socio-economic conditions to realize how possible it is to achieve this financial milestone.

It gave me confidence to believe I could attain such a feat even with my prior limiting beliefs and financial troubles. I wanted to learn more and I do so by openly sharing and asking for money stories. The good and the bad, but mostly about how others can lift themselves up against all odds.

I was breaking the social taboo about money with strangers, family, and friends. This led to frank and open discussions about their financial highs and stressful lows. One conversation, in particular, stands out. The first time a friend shared he was a secret millionaire was after a few beers at a Biergarten.

In the middle of a conversation he blurts out, “I’ve been aggressive about making money and saving money.”

I responded with how awesome that was and asked for more details.

It was then he shared he never felt comfortable telling others how much he makes or what he does with his money. He felt it was much easier for friends to say they were broke then share how much they had. “No one likes that guy who shows off with his money, ” he added.

My friend shared how he’s been saving money since he was 16 years old. He was taught by his parents to save his cash. His parents immigrated to the US and struggled for years to live the American dream. They imparted frugality and determination to do better.

So that meant he save his birthday and graduation gifts. He also saved the cash he made from mowing lawns and shoveling snow. And by the time he was 18, he began investing money after a conversation with his manager. His manager told him, “Don’t buy the car, buy the maker of that car.”

It was that conversation that led him to rethink how he used money. In fact, he doesn’t think of money in terms of saving, investing, or spending. He purely thinks of it as a utility. “It’s a tool helping me build a fun life.”

That gave me pause. To this day I think about what it means to “build a fun life.” He doesn’t measure his success or thinks about life in terms of cash in his accounts. But he does think about the tools he needs and how much of it to support the life he enjoys. This ensures he’s making good use of his tools (money) to create, not distract him from truly living.

After another drink, he shared how he became a millionaire. It was due to earning more from his first job but it was also using that salary to invest in his 401(k) and owning stocks of the company that employed him (through his company’s stock purchase program).

By the time he was 26 years old which was right around the Great Recession, he bought his first multi-family home as an investment. He would live in one apartment and rent out the second floor and finished attic. In 2009, he became an accidental house hacker. He was using rental income to pay for the mortgage essentially living “for free” but still used his income to pay off the mortgage faster. This real estate investment strategy is known as house hacking.

When the housing market crashed, my friend had money saved and additional assets that enabled him to purchase his second multi-family home in the same neighborhood for a significantly lower price than his first house.

I have to admit during this conversation my head began to hurt. Or maybe it was perhaps due to the multiple beers I had drunk. It was a sudden realization that I have been asleep for way too long when it came to my finances. Back then I was driving a $38,000 luxury car with a large monthly payment and a $4,000 annual insurance premium.

During that conversation, my head began to hurt. I wasn’t quite sure if it was the third beer. But, alas, it was the realization that I’ve been mindlessly spending and living. Back then I was driving a new BMW with a large monthly payment and a $4,000 annual insurance policy. I wasn’t committed to investing in my retirement or owning companies.

My friend became a millionaire before the age of 30. I was making a six-figure salary and didn’t have assets to show for it. My millionaire friend prioritized using money to create a solid foundation for his life. I prioritized spending money to distract myself from the life I was actually living.

Today, I think of money as a tool that can help me build deep meaning connections and memories. Sure it’ll help me afford a nice home and a fancy car, but all in the context of creating and supporting my dream life. And my dream life isn’t about what I spend on, but how I use my money to do better, be better, and better equipped to enjoy the present money and feel secure about the future.

So why was my millionaire friend so “lucky”? He had money smarts and a very honest relationship with money and its practical uses. He was consistent and focused. My friend listened to people he believed was using money well and wanted to emulate. He also started early.

And of course, taking advantage of the housing market supported his million-dollar status. But, unlike many others during this time, he was prepared to use his money to effectively grow his net worth.

Here is a list of traits I’ve noticed my friend and other millionaires have:

A different relationship with money

I’ve come to learn that wealthy people have a different relationship with money. Money is a tool. And a tool one must learn to use and master. It’s also a tool that can do more when there is more. My millionaire friend prioritizes learning different ways to use money along with finding ways to make more of it. Essentially, learning how to make money with money.

Credit as a tool

Those with money don’t necessarily avoid credit use. In fact, they use credit (other people’s money) as leverage to own income-producing assets. They don’t use credit to pay for basic living expenses or a night out with friends. Credit isn’t for emergencies either, but they don’t beat themselves up for using credit if a truly important need arises. Credit, in fact, is a tool. So my millionaire friend uses it as such to support his activities, not spend on them.

His advice is to “spend on what you can afford and be realistic because you probably can’t afford 90% of what you think you can.” My take on this is for you to learn how to control credit.

Wealth doesn’t have to be flashy

My millionaire friend looks and acts just like the rest of us. Maybe he smiles a bit more and seems to be at ease more often than most. When you have your finances in order and the systems in place to whether unexpected situations, it’s easier to breathe deeper and be present more.

With my friend, he owns 3 homes, has a car and works at a job with a good salary and healthcare. He has a side business to earn extra cash, goes on vacation a few times a year and splurges on good wine. My friend found a balance in enjoying his wealth today with a plan to support enjoyment in the future. Use the money to create wealth, not just have money.

You’ve heard these money tips before: spend less, save more, invest money, build assets, don’t carry debt, and follow a plan. But if you want THE secret to becoming a millionaire friend, then keep this in mind, it requires a solid foundation that includes financial knowledge, access to resources, and community. Continue enhancing your money skills, get familiar with the stages of the financial wellness roadmap, and follow these money tips and financial tactics.

Jason is the founder of phroogal, creator of the award winning project Road to Financial Wellness, and author of the bestseller and New York Times reviewed book, You Only Live Once. Jason is a world traveler, certified yoga teacher, and breath work specialist.

How to Change Your Money Mindset: Understanding and Improving

The Best Personal Finance Tips to Simplify Your Life

This site uses Akismet to reduce spam. Learn how your comment data is processed.